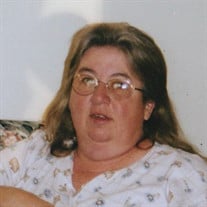 Connie Lynn Sherman (Webster) is survived by her husband Richard Sherman, her son Eric Webb, her daughter by marriage Dawn Sherman (Partida), her grandson Seth Webb, her grandchildren who she raised Laci and Collin Webb, her grandchildren by marriage Dalton Sherman and Trinity and Olicia Goins, her great grandchildren Wynter Webb, Novalee Valenzuela, Ezekiel Valenzuela, Jailee Webb, Maverick Bileu, and Levitticus Hurt. She was preceded in death by her son Michael Sherman. Connie and Richard Sherman were married for over thirty years. By marriage or by blood, all were loved as her very own and there was never a distinction. Connie was also preceded in death by her father Ray Webster and Mother Omie Webster. She had nine brothers and sisters. She was preceded in death by Raymond Webster, Norman Webster, Judy Bliss, and Irene Smith. She is survived by Helen Strickland, Geraldean Huber, Pauline Wilson, Eldon Webster, and Ronnie Webster. She had nieces, nephews, cousins, in-laws, and other family as well, whom she loved dearly. She was a loving wife, mother, grandmother, great grandmother, aunt, sister, and friend. She took care of her family and others with never a complaint and brought joy to many. Through many hard times she stayed strong, even though her heart was physically weak. She loved well and will forever be loved, thought of, and missed by the many lives she touched.

The family of Connie Lynn Sherman created this Life Tributes page to make it easy to share your memories.

Connie Lynn Sherman (Webster) is survived by her husband Richard...

Send flowers to the Sherman family.