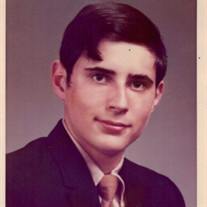 Dennis Lee Atteberry, son of Duane “Buck” and Betty (Farless) Atteberry was born on December 15th, 1955 in Springfield, Mo and departed this life on February 5, 2019 at St. Louis University Hospital in St. Louis, Mo. At the time of his passing he was 63 years, 1 month, and 21 days of age. Dennis was raised in Charity, Mo area and attended Charity school until it was consolidated into Buffalo High School where he graduated in 1973. Dennis and Tammy met as children. Dennis’s family owned the Charity store where Tammy’s family shopped and Tammy was childhood friends with Dennis’s sister Jill. Tammy and Dennis reacquainted while Tammy was in college. The two were united in marriage on December 28th, 1985 and to this union three children were born, all of whom survive him. Dennis grew up working at the family store in Charity. Later Dennis worked for MFA Tire for approximately 20 years. During his tenure at MFA Tire he held the position of a manager at a retail tire store, manager for the Springfield tire division, and manager of all area retail stores. In 2001 he purchased MFA Tire in Bolivar, Mo. He went on to own and operate Atteberry’s MFA Tire and Auto LLC for 18 years until his death. Dennis enjoyed spending as much time as possible with his children and grandchildren. He enjoyed reminiscing with friends about the good old days and was always one for discussing old movies and war documentaries. Dennis was preceded in death by his parents and his brother, Terry Atteberry. He is survived by his wife Tammy Jean Atteberry of the home; his daughter Tessa & Matt Wommack of Buffalo, Mo; twin sons, Duane and Nicole Atteberry of Buffalo, Mo, and Corey and Hannah Atteberry of Fair Grove, Mo; three sisters Jean Anne Webster of Ash Grove, Mo, Jan and husband Leon Dill of Conway, Mo, and Jill and husband Hollis Henderson of Buffalo, Mo; Three grandchildren, Madelynn Wommack, Faith Burgess, and Bella Wommack; along with three nephews and seven nieces. He also leaves many more family members and friends who will all truly miss him. Funeral services will be conducted at 1:00 p.m. on Saturday, February 9, 2019 at the Charity Christian Church with brother David Stotts officiating. Escorts will be Leon Dill, Garry Gann, Dave Haymes, Steve Haymes, Leon Nimmo, and Joe Roberts. Honorary escorts will be Tommy Pearson, Leroy Perry, Duane Phillips, David Phillips, Bill Roberts, and Jeff Shellenhammer. Music will be provided by Beth Dampf. Visitation will be from 6:00-8:00 p.m. Friday at the Cantlon Otterness & Viets Funeral Home in Buffalo. In lieu of flowers, the family requests donations be made to the Charity Christian Church.

The family of Mr. Dennis Lee Atteberry created this Life Tributes page to make it easy to share your memories.

Send flowers to the Atteberry family.