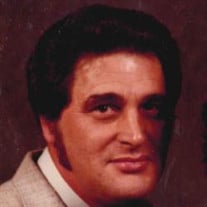 Ed Phipps, 79 of Urbana, Missouri went to his Heavenly home on June 6th, 2020. He was born on July 27th, 1940 in Peculiar, Missouri to Bob and Mary Phipps. He grew up in Kansas City, Missouri. When Ed was a young man, age 18, he accepted the Lord as his personal Savior. After finishing high school, he joined the Army where he served as a Staff Sergeant for six years. After his service, he returned to Kansas City and joined the Painters Union in 1958 where he learned and practiced his trade. In 1972 he moved to Urbana, Missouri where he continued his trade as a painter. It was there, in 1973, that he met the love of his life, Ann Marie Reser of Preston, Missouri. On September 6th, 1974, they were united in marriage and to this union they were blessed with 3 children, Eddie Lealand, Steve Loren and Angela Marie. In 1982, he and Ann took over the ownership and management of the Urbana Rest Home. When his health failed him in 1990, he and Ann sold the Rest Home to Ann’s sister and brother-in-law, Lynn and Tim Bailey. After selling the Rest Home, Ed continued his painting business until such time his beloved Ann became ill in 2016. At that time, Ed retired from painting so he could take care of her. He was a devoted and dedicated husband, staying by her side until her passing in 2017. Ed enjoyed cooking, singing, telling stories and above all, spending time with his family. Left to mourn his passing are his daughter, Angela Marie Phipps Britain, and her two children, Adrianna and Ryan, of Urbana, MO; daughter by heart, Vonda Reed of Buffalo, MO; sister, Janet & husband Richard Prins, of Jasper, MO; sisters-in-law, Lynn & husband Tim Bailey, Karen Reser, and May Smith, all of Preston, MO; grandson, Bradley McCowan & wife Ashley, and their 6 children, Kole, Natalie, Brooklyn, Riley, Karter and Cooper, of Buffalo, MO; granddaughter, Alyssa Maybary and her 4 children, Lane, MaKinley, Lincoln and Weston, of Buffalo, MO; granddaughter, Heather McCowan & her fiancé, Tanner Harris, of Urbana, MO; and a host of nieces, nephews, grandnieces and grandnephews. Preceding him in death and waiting to welcome him to his Heavenly home are his wife and love of his life, Ann Marie Phipps; his sons, Eddie and Steve Phipps; his father and mother, Bob and Mary Phipps; his father-in-law and mother-in-law, Paul and Margaret Reser; and his brothers-in-law, Paul Selby Reser, Donald Smith, Johnnie Smith & wife, Jewel Smith. Ed was a loving husband, father, grandfather, and great-grandfather. He was a strong patriarch of his family, a good friend to all and he will be greatly missed. He leaves behind a huge void in the hearts of his family and friends. Funeral services will be conducted at 1:00 p.m. on Friday, June 12, 2020 at the Cantlon-Otterness & Viets Funeral Home with Pastor Keith Pyles officiating. Escorts will be Tim Bailey, Gary Berry, Travis Britain, Danny Morrison, Tanner Harris, and Ken Trowbridge. Honorary escort will be Bradley McCowan. Interment will be in the Fisher Cemetery under the care and direction of the Cantlon-Otterness & Viets Funeral Home of Buffalo. Visitation will be from 11:00 a.m. – 1:00 p.m. Friday at the Funeral Home. In lieu of flowers, the family requests donations be made to help with funeral expenses.

Ed Phipps, 79 of Urbana, Missouri went to his Heavenly home on June 6th, 2020. He was born on July 27th, 1940 in Peculiar, Missouri to Bob and Mary Phipps. He grew up in Kansas City, Missouri. When Ed was a young man, age 18, he accepted... View Obituary & Service Information

The family of Mr. Edward P. Phipps created this Life Tributes page to make it easy to share your memories.

Ed Phipps, 79 of Urbana, Missouri went to his Heavenly home on...

Send flowers to the Phipps family.