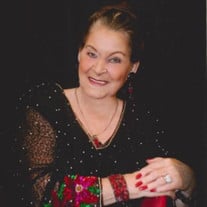 Elizabeth Ann Harmon was born on November 19, 1929 in Springfield, MO to David and Mary Little. She departed this life on Sunday, March 21, 2021 at the Colonial Springs Healthcare Center in Buffalo, MO. At the time of her passing, she was 91 years of age. She attended Central High School in Springfield, MO. She accepted her Lord and Savior at an early age and attended Charity Christian Church in Charity, MO where she played piano often for Kim and Dianna to sing. She had an early career in roller skating and was very proud of her skating accomplishments and adventures. She talked often to her family about it. She later married Bill Harmon and they had 57 wonderful years together. They raised five children and a multitude of grandchildren and great-grandchildren. She was a wonderful mother, grandmother, and great-grandmother. No matter how many friends the kids or grandkids drug home, she always treated them like her own. In her retirement years, she loved shopping and spending time with her family and friends. Elizabeth was preceded in death by her parents, David & Mary; her sisters, Billi Jo, Marie, Stella and Bobbie; her daughter, Jolena; daughter-in-law, Lynn; grandson, Davie; and son, David. She is survived by her husband Bill; three daughters, Susie (Jack) Powell, Dianna (Jeff) Cowden, Kim (Wade) Hendrix; one son, Wayne (Regina) Johnson; daughter-in-law Mary Fielder; her grandchildren, Mike Fielder, Lori Pulley, Jenny Gardner, Jason Johnson, Kerrie Ambrose, Anthony Johnson, Lindsey Jasper, Amanda Nimmo, Phillip Hendrix and Josh Cowden; and her great-grandchildren Hunter, Logan, Lane, Krislyn, Jackson, Jace, Truett, Luke, Aria, Addison, Jayden, Austin, Tenley, and Chais. She also leaves other family members and many friends who will all truly miss her. Funeral services will be conducted at 11:00 a.m. on Thursday, March 25, 2021 in the Cantlon-Otterness & Viets Funeral Home with Pastor David Stotts officiating. Escorts will be Mike Fielder, Jason Johnson, Phillip Hendrix, Joshua Cowden, Anthony Johnson, and Austin Flippin. Honorary escorts will be Levi Boyd, Alex DeMuri, Devin Kramer, Jeff Hardison, Greg Hardison, and Lane Fielder. Music will be provided by Curtis Watkins. Interment will be in the Center Point Cemetery under the care and direction of the Cantlon-Otterness & Viets Funeral Home of Buffalo. In lieu of flowers, the family requests donations be made to the Center Point Cemetery Fund.

Elizabeth Ann Harmon was born on November 19, 1929 in Springfield, MO to David and Mary Little. She departed this life on Sunday, March 21, 2021 at the Colonial Springs Healthcare Center in Buffalo, MO. At the time of her passing, she... View Obituary & Service Information

The family of Elizabeth Ann Harmon created this Life Tributes page to make it easy to share your memories.