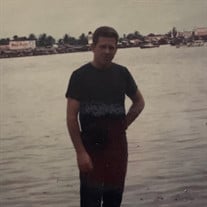 Fred Lloyd Geis entered his Eternal Life on April 30, 2022 after a long illness. He was 76 years, three months and six days old. Fred was born to Fred Jr. and Beverly Geis of Holyoke, Phillips County, Colorado on January 24, 1946. He was one of six children. Fred attended schools in Ovid, Colorado and Buffalo, Missouri. After high school graduation, he served in the U.S. Army in Germany and Vietnam in Army Intelligence. When he was discharged, Fred returned to Buffalo and then went to the Dallas, Texas area constructing homes. After Dallas, he moved to Tulsa, Oklahoma before coming to La Porte and Julesburg, Colorado. He worked as a carpenter on low rent housing in Wray, Walsh, Flagler and Bethune, Colorado. He worked in construction at Colby College, Kansas. He worked in Dillon, Colorado on a natural gas pump station, a car wash in Julesburg and a restaurant in Denver. He also snow plowed for the Colorado Department of Transportation over Loveland Pass. Fred purchased a home in Julesburg, Colorado and dug a basement by hand to complete a bedroom for his daughter, Melody. Fred came back to Missouri in 1985 and purchased a dairy farm where they lived until Melody graduated from Buffalo High School in 1988. Fred then purchased a dairy farm in Elkland, Missouri where he lived at the time of his passing. Fred was preceded in death by his dad and mother, Fred Jr. and Beverly Geis, his brother John Geis of Ovid, Colorado, brother-in-law William (Lonnie) Jacobs of Wray, Colorado. He is survived by one daughter, Melody Braaten & husband Scott; four grandchildren, Holden Wiens, Hadley Braaten, Oliver Braaten and August Braaten of Madison, WI; one brother, Don Geis of Elkland, MO; three sisters, Julieann Jacobs of Wray, CO, Jean Chadwick of Jacksonville, NC and Katie and Donn Van Deren of Sherman, Texas; and one sister-in-law, Gwen Geis of New Braunfels, Texas. He also leaves five nieces, seven nephews, and many great-nieces and nephews who will miss him greatly. Graveside memorial services will be held at 2:00 p.m. on Thursday, May 5, 2022 in the Macedonia Cemetery with Bro. Caleb McClure officiating. Cremation rites were accorded under the care and direction of the Cantlon-Otterness & Viets Funeral Home of Buffalo.

Fred Lloyd Geis entered his Eternal Life on April 30, 2022 after a long illness. He was 76 years, three months and six days old. Fred was born to Fred Jr. and Beverly Geis of Holyoke, Phillips County, Colorado on January 24, 1946. He... View Obituary & Service Information

The family of Fred Lloyd Geis created this Life Tributes page to make it easy to share your memories.

Send flowers to the Geis family.