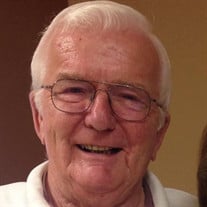 Jackie Lynn Neill passed away at 9:18 am on January 27, 2021 at The Gardens Residential Care facility in Springfield, MO. Jack was born July 20, 1942, the proud son of Vience “Jiggs” and Phyllis Neill. He graduated from Buffalo High School in 1960. Upon graduation from high school, he attended the University of Missouri-Columbia, where he earned a BS in Agriculture and a Doctor of Veterinary Medicine degree. He was married to Anna Jean Reynolds in 1966. Together they built a successful veterinary business in Shelbina, MO and raised two twin boys, Roger Allen Neill and James Russell “Rusty” Neill. Stories are still told of “Doc” Neill and his sometimes unorthodox but always effective treatment methods and parenting style. After his divorce, Jack moved back to his hometown of Buffalo, MO to help his parents maintain and preserve the family farm. While he was an accomplished veterinarian, his real passion was as a cattleman and custodian of the land. He was never happier than when he was checking cattle with his trusted border collie, Jill. Jack found much joy and happiness in the companionship of his second wife, Sharron Evans, whom he married on September 27, 2014. They shared a love of cattle and simple farm life. Jack was preceded in death by his parents and his second wife. He is survived by his sister, Danna Sue Hartley of Springfield, MO; his sons Rusty and his wife Jill of Macon, MO, and Roger who resides in Wooldridge, MO. He is also survived by four grandchildren: Cooper Neill and his wife Ashlea, Whitney Coffman and her husband Jordan, Isabella Neill, and Justine Neill. Everyone who knew Jack soon realized that his rough exterior hid a kind and generous heart that was always eager to offer a helping hand or sage advice to anyone in need. Jack will be laid to rest beside his parents at Maple Lawn Cemetery in Buffalo, MO after a private visitation and service at Cantlon-Otterness & Viets Funeral Home.

The family of Jackie Lynn Neill created this Life Tributes page to make it easy to share your memories.

Send flowers to the Neill family.