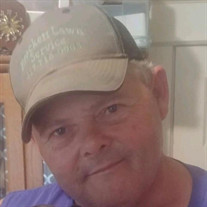 John David “J.D.” Shoemaker, son of Raymond and Roberta Shoemaker was born on September 2, 1966, in Brookfield, MO and departed this life on March 22, 2022, in Springfield, MO at Mercy Hospital at the age of 55 years 6 months and 20 days. At the young age of 23 he married the love of his life, Audrey “Janie” Dampier, and that lasted until the time of his death. To this union they raised four children together, of which they were very proud of. At a young age he started helping Jimmie Beckener as a paper boy. Before long, helping turned into his own paper route. For many years, this paper route was JD. Many family members were able to be a part of this. Some by choice, some not. Having this paper route, sparked an entrepreneurial spirit that turned into many different businesses and opportunities over the years. During this time, he also worked for the Dallas County Sheriff’s Office for over 20 years. He loved all that the sheriff’s department entailed, which was his calling. Many friends and stories came from his time working there. He had many different hobbies and interests. He loved old muscle cars, rock & roll music, garage sales, fishing, and collecting items. Among other things, he loved hanging out with many of his numerous friends that he had made throughout the years. He never met a stranger, and he could make friends with anyone. J.D. was also a member of the Riddick Lodge #361 in Buffalo, MO. J.D. accepted Jesus and was saved as a young boy. He was a member of Mount Pleasant Southern Baptist Church and was very active with the church until his health wouldn’t allow him to attend as much as he liked. Of all the things he had accomplished in his life, being a Papa was his greatest accomplishment. He was known to his six grandbabies as “Papa Shoes”. Spoiling his grandbabies was his favorite thing to do. At the drop of a hat, he would go anywhere or do anything for any one of them. He is preceded in death by his parents, Raymond and Roberta Shoemaker, two infant brothers, and a brother-in-law Rick Robbie. He is survived by his wife, Janie of the home, two sons, Aaron West and wife Amy of Willard, MO, Casey Huston of Springfield, MO, two daughters, Lanie Redd and husband Brandon of Half Way, MO, Lacey Brackett and husband McKenzie of Lebanon, MO, Six grandbabies, Gracie, Sophie, Rylie, and Izabelle (Papas Baby Girl) Redd of Halfway, MO, and Bingham and Tucker West of Willard, MO. Three brothers, Sonny Shoemaker and wife Pat of Elkland, MO, Donald Shoemaker and wife Lisa of Buffalo, MO, Emory Shoemaker and wife Tina of Buffalo, MO. Five Sisters, Meta Robie of Kirksville, MO, Debbie Rieke and husband Randy of Camdenton, MO, Penny Holman of Buffalo, MO, Jeanie Young and husband Cliff of Buffalo, MO, Janie Hardesty and husband of Jerry of Buffalo, MO. Three sister-in-laws, Brigette Lowrance and husband Carl of Lebanon, MO, Paula Welton and husband Andy of Mountain Grove, MO, and Amanda Bowden and husband Jack of Buffalo, MO. Numerous nieces, nephews, and cousins who will miss him greatly. Memorial Visitation for J.D. will be Friday, March 25, 2022 from 6:00 to 8:00 p.m. in the Cantlon-Otterness & Viets Funeral Home in Buffalo, Missouri. In lieu of flowers memorials may be made to the Shriners Hospital.

The family of John David "J.D." Shoemaker created this Life Tributes page to make it easy to share your memories.

Send flowers to the Shoemaker family.