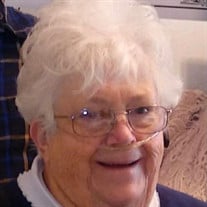 Judith Kay Brockmeier was born August 10, 1943 to John G. Jackson and Audrey (Scott) Gholson and passed away January 8, 2021 in the Citizens Memorial Hospital in Bolivar, Missouri at the age of 77. Judith was married to John Brockmeier... View Obituary & Service Information

The family of Judith Kay Brockmeier created this Life Tributes page to make it easy to share your memories.

Send flowers to the Brockmeier family.