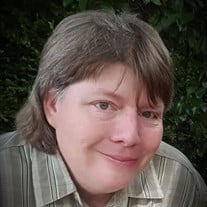 Kenneth "Kenny" Edward Barnes, age 52, of Ozark, Missouri passed away unexpectedly on May 19, 2021 at his home. He was born May 7, 1969 in Springfield, MO, the son of Charles Barnes and Judy (Owens) Olson. Kenny grew up in Buffalo, MO and graduated from high school there in 1987. The first day of his senior year, Kenny met Tena Michelle Guffey in French class, who quickly became the love of his life. Kenny and Tena were married December 29, 1990. They were blessed with three beautiful red-headed girls, Kourtney, Kelsey, and Kayley. He was an incredible dad who strived to fill his children's lives with adventures, good examples, and a healthy dose of humor. He was delighted when his son-in-law Joe married Kelsey and officially joined the family. With the birth of his grandson, Jaycen, he became known by the dearly cherished title of Pop Pop. Kenny's engaging personality drew in those around him, and he had a gift for putting others at ease. He called on these traits continuously during his 25 years of serving the community as an Emergency Medical Technician and Emergency Medical Dispatcher with Mercy Hospital. Kenny loved spending time outdoors, hunting and fishing, and backroad drives to enjoy the nature around him. On July 8, 2001, Kenny accepted Jesus Christ as his Lord and Savior, which was the most important decision of his life as it assures his family that he’s walking the streets of Heaven now. Kenny loved sharing his testimony at any opportunity. Surviving in addition to his wife, Tena Barnes, are his daughters; Kourtney Barnes, of Ozark; Kelsey Janes & her husband Joe, of Springfield; and Kayley Barnes, of Macon; his two grandsons, Jaycen Kennett Janes and Kanyon Ray Janes (who is arriving soon); his parents, Charles & Jeanie Barnes and Judy & John Olson; his four brothers, Keith & wife Kim Barnes, William & wife Karyn Barnes, Brad & wife Melanie Kern, and Lucas Barnes; his sister, Karen & husband Billy Nasse; a multitude of aunts, uncles, cousins, nieces, nephews; and a host of loved friends and other family. Funeral services will be held at 11:00 a.m. on Wednesday, May 26, 2021in the Cantlon-Otterness & Viets Funeral Home with Pastor Roger Hedgpath officiating. Escorts will be Keith Barnes, William Barnes, Brad Kern, Lucas Barnes, Joe Janes, and Kris Krichner. Interment will be in the Maple Lawn Cemetery under the care and direction of the Cantlon-Otterness & Viets Funeral Home of Buffalo. Visitation will be from 6:00-8:00 p.m. Tuesday at the Funeral Home. In lieu of flowers, you may leave a donation benefitting his two grandsons.

Kenneth "Kenny" Edward Barnes, age 52, of Ozark, Missouri passed away unexpectedly on May 19, 2021 at his home. He was born May 7, 1969 in Springfield, MO, the son of Charles Barnes and Judy (Owens) Olson. Kenny grew up in Buffalo,... View Obituary & Service Information

The family of Kenneth "Kenny" Edward Barnes created this Life Tributes page to make it easy to share your memories.

Send flowers to the Barnes family.