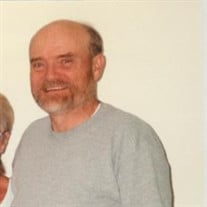 Richard Edwin Fuller, son of the late Edwin and LaVonne (Handeland) Fuller, was born in Brookings, South Dakota on August 7, 1947. He passed from this world on January 17, 2022 at Citizens Memorial Hospital in Bolivar, Missouri. He was at the time of his passing 74 years, five months, and 10 days of age. Richard attended South Dakota State University in Brookings, South Dakota and earned a degree in music. He was married to Janice Kay (Eiseman) Fuller on October 22, 1966, in Eureka, South Dakota. He had a passion for music, gardening, and teaching the Word of God. With Janice by his side, they traveled to Russia, India, and Africa from 1993-2003 teaching the Word of God. This passion for travel led him to managing properties in various parts of the United States from 1992-2012. This included two stints in Hawaii. Richard loved the outdoors. He always had a song on his lips and his whistling could be heard wherever he went. He adored his grandchildren and great-grandchildren. Richard was preceded in death by his parents, Edwin & LaVonne Fuller and a sister, Cynthia Diesen. He is survived by his wife, Janice Kay Fuller of Tunas, Missouri; his son, Keene Richard Fuller & wife Pamela of Grand Rapids, Michigan; a sister, Sandy Harms & husband Jeff of Canby, Minnesota; a brother-in-law, David Diesen of Wausau, Wisconsin; three grandchildren, Jonathon and Liz (Culver) Fuller, Amanda Fuller, and Emily Fuller; and three great-grandchildren, Riot Fuller, Hudson Fuller, and Lincoln Fuller. He was loved dearly and will be missed by all. Services for Richard will be held at 10:00 a.m. on Monday, January 31, 2022 at the Cantlon-Otterness & Viets Funeral Home in Buffalo, Missouri. Graveside service will follow at 11:30 a.m. in the Stauffer Mennonite Cemetery in Tunas, Missouri.

Richard Edwin Fuller, son of the late Edwin and LaVonne (Handeland) Fuller, was born in Brookings, South Dakota on August 7, 1947. He passed from this world on January 17, 2022 at Citizens Memorial Hospital in Bolivar, Missouri. He was at the... View Obituary & Service Information

The family of Richard Edwin Fuller created this Life Tributes page to make it easy to share your memories.

Send flowers to the Fuller family.