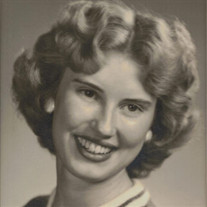 Wilma June (Patterson) Bradley, was born to Harold & Vinita Patterson on January 9, 1938. She departed this life on Tuesday, August 28, 2018 at the Willard Care Center in Willard, MO. Wilma June was raised in Foose, Missouri. She attended the Church Grove School until the 8th grade. She then went on to graduate from Buffalo High School where she also began to go by only “June”. The United States Justice Department recruited her directly out of High School. June married her sweetheart, Gene Bradley, on December 30, 1956. They then moved to Washington D.C. only to return for the birth of their first child. Some months later, June confirmed she was carrying their second child only to return home to discover she was a widow. After having her second child, June went to Southwest Missouri State to pursue a degree in Education. She returned to Buffalo to head the Women’s Athletic Department for 18 years. Once her boys were grown, she moved to Dallas, TX to pursue more lucrative opportunities. She worked for Southwestern Bell for around 20 years before retiring from the Springfield offices in 2000. June spent her retirement traveling, spending time with family, and keeping herself busy. She lost her battle with Alzheimer’s on August 28th in the presence of family. June was preceded in death by her husband, Gene Bradley; her parents; and one son, Kelly Bradley. She is survived by her son Kirby Bradley; her brother, Vernal & wife Carolyn Patterson of Foose, MO; daughter-in-law, Mary Bradley-Carlson; five grandchildren, Lindsay & husband Seth Anderjaska, Logan Bradley, Shane & wife Amanda Bradley, Hannah & husband Blaine Leer, and Seth & wife Brandi Bradley; seven great-grandchildren, Saige and Garth Anderjaska, Nolan and Wren Bradley, Ellison Leer, and Austin and Fitz Bradley. She also leaves a host of nieces, nephews, and other family members who enjoyed their “Aunt June.” Funeral services will be conducted at 10:00 a.m. on Wednesday, September 5, 2018 in the Cantlon Otterness & Viets Chapel with Dr. Douglas Earls officiating. Escorts will be Erin Patterson, Hannah Leer, Lindsay Anderjaska, Shane Bradley, Seth Bradley, and Logan Bradley. Interment will be in the Church Grove Cemetery under the direction of the Cantlon Otterness & Viets Funeral Home of Buffalo. Visitation will be from 6:00-8:00 p.m. Tuesday at the Funeral Home. In lieu of flowers, the family requests donations be made to the Alzheimer’s Research Foundation.

Wilma June (Patterson) Bradley, was born to Harold & Vinita Patterson on January 9, 1938. She departed this life on Tuesday, August 28, 2018 at the Willard Care Center in Willard, MO. Wilma June was raised in Foose, Missouri. She... View Obituary & Service Information

The family of Wilma "June" Bradley created this Life Tributes page to make it easy to share your memories.

Send flowers to the Bradley family.